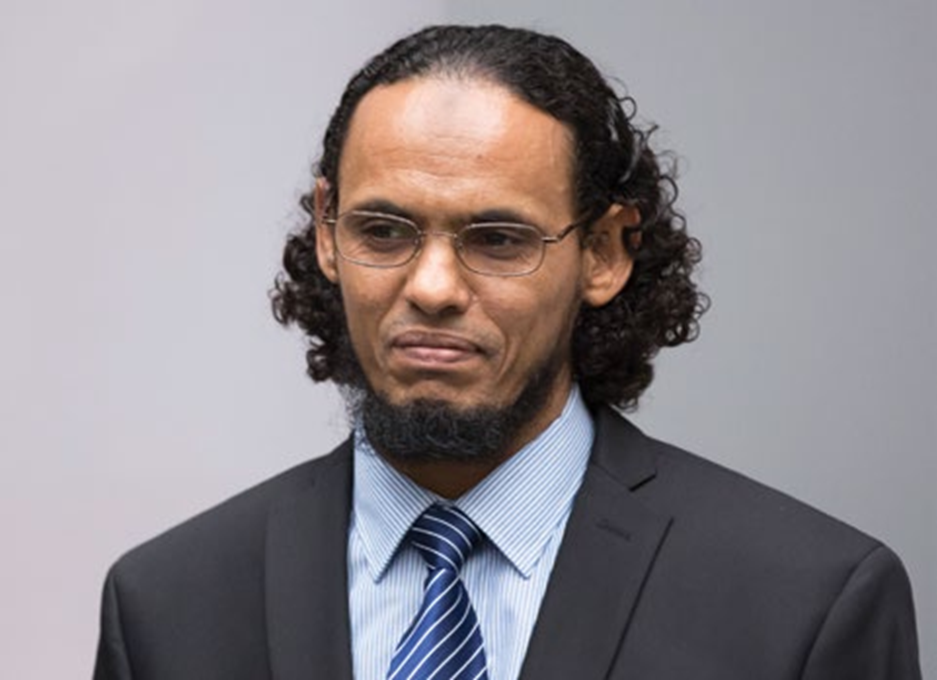 On 27 September 2016, the ICC’s Trial Chamber VIII unanimously found Mr Al Mahdi guilty, as a co-perpetrator, of the war crime of intentionally directing attacks against historic monuments and buildings dedicated to religion, including nine mausoleums and one mosque in Timbuktu, Mali, in June and July 2012. All but one of these buildings had the status of protected UNESCO World Heritage sites. Due to their purpose and symbolism, the cultural property is unique. Therefore, its destruction carries a message of terror and helplessness, destroys part of humanity's shared memory and collective consciousness and renders it unable to transmit its values and knowledge to future generations.

On 17 August 2017, Trial Chamber VIII issued a Reparations Order, confirmed for the most part by the Appeals Chamber on 8 March 2018, setting Mr Al Mahdi’s liability at 2.7 million euros, for both individual and collective reparations for the community of Timbuktu. Noting that he is indigent, the Chamber encouraged the TFV to complement the reparations award.

The TFV is currently complementing the following reparation awards to victims of the Al Mahdi case:

Individual reparations: Compensation to individuals who are direct descendants of a Saint of one of the mausoleums OR whose economic activity exclusively depends on the mausoleums.

Additionally, the TFV proceeded to the selection of adequate implementing partners for the implementation of the individual and collective awards in Timbuktu and Bamako. The TFV has also liaised with the national authorities for the purpose of organising the ceremony of the symbolic awards.

The TFV calls upon individuals, institutions and States Parties to support the TFV in successfully carrying out its mission of alleviating the harm of victims by making reparative justice a reality for them. The TFV has been able to complement half of the award and is currently seeking for contributions for the remaining 1.35 million euros. Contributions will allow for the appropriate relief of the harm caused to the Timbuktu community, through the implementation of reparations as ordered by Trial Chamber VIII.