The Trust Fund for Victims (TFV) relies on voluntary contributions and donations to implement its mandates in order to keep up with the jurisdictional (situations) and case (reparations) developments at the International Criminal Court (ICC), and to deliver on the Rome Statute’s promise of repairing harm caused to the victims.

With voluntary contributions and support from States Parties, the TFV has been able to provide reparative value to more than 100,000 direct victims of crimes falling within the jurisdiction of the Court and to date (December 2020) to 297 victims in the context of reparations.

The TFV received the following voluntary contributions from the ICC States Parties during the period from 1 January to 31 December 2020: 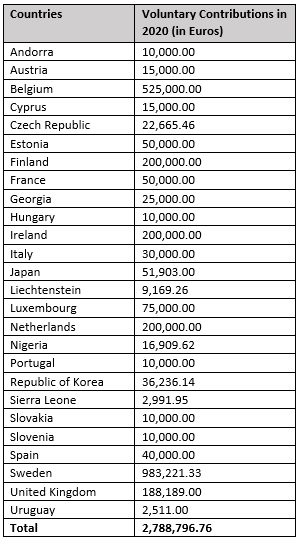 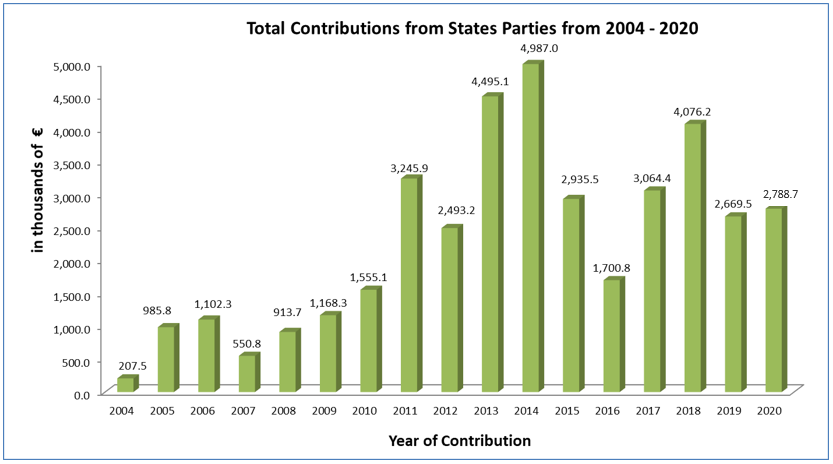